An Autumn Day (With Apologies to Rilke) 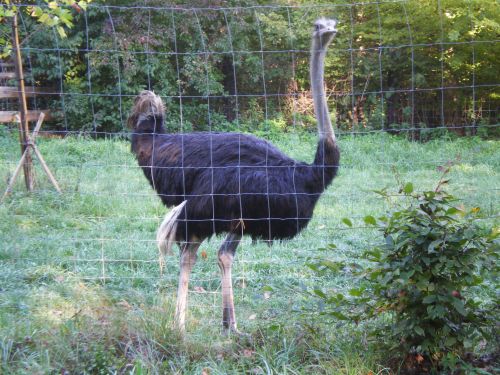 Finally time to write! The summer is definitely over, one that was as great as finding this ostrich in Burgenland’s Dreiländereck, a forgotten corner of southeastern Austria that conspires with neighboring Hungary and Slovenia to remain silent about its charms. The woods smell as a forest should, damp and earthy. The trees randomly let loose a rain of chestnuts as we meandered along the old border between the Austrian part and the Hungarian part of the Austro-Hungarian Empire. Though a gallows cross still remains, it is difficult to imagine that this was ever an important boundary. Boundaries melt away in time; the yarn is raveled out and reknit.

The winds of work have kept blowing my blog ship off course, but I’ve still managed to eat and cook the whole time. The vegetables above are all assigned to the element of metal in traditional chinese medicine, and fall is associated with a predominance of the metal element. Eating foods that are white and/or hot such as the allium family, radishes, and chilis stimulate the immune system at this time of year as the warmth of summer ebbs away. Culinary highlights have included complexer concoctions such as chestnut-white wine soup and leek-walnut-cream quiche as well as the simple delights of eating a raw black radish one slice at a time, meeting each stab of heat in the mouth with glee.

Besides the chestnuts we gathered in the forest, we’ve been eating up gifts of Cape gooseberries and figs, trying to reduce the stores in our larder before leaving for a longer journey. Just three days to go now, two of which will fly by quickly on what is most easily (but not really accurately) termed a business trip to the south. With the exception of those that have been made into jam, these fruits will only be tasty memories of this year’s growing season when we get back in November. The time of Sturm, partially fermented grape must, will be over. In Burgenland, we sampled heavy, fruity Uhudler must that reminded me of the Welch’s grape juice of my childhood kicked up a notch or two. Must and roasted chestnuts are a match made in heaven that humble us: they can only be savored at this time of year; they can’t be imported from South Africa or Argentina or wherever for consumption at any time of the year.

The woods were bursting with mushrooms of all sorts, including this parasol, which was big enough to offer shelter to a family of insects or perhaps even a solitary small mouse. We left them for errant mycologists. Our weekend in the woods was a time to take a deep breath, in and out, to slow down and remember who we are, where we are, what we want. Autumn can be a time to give thanks for the bounty of what we have – or to pine for what is missing from our lives. Or both.

“As she walked, the letter in her hand, the wind caressed the leaves, who whispered imperatively in polyphonic chorus: Du musst dein Leben ändern.”